The S.S. Pussiewillow II is a whimsical machine by inventor-sculptor Rowland Emett, who was known worldwide for his intricate machines that whirr, spin, flash, sway, and quiver, going nowhere, doing nothing, poking fun at technology. It appeared on display circa 1980 in the Flight in the Arts gallery at the National Air and Space Museum in Washington, DC, complemented by music composed and performed on antique harpsichords by Trevor Pinnock. This indescribable kinetic work became a favorite of adults and children alike. The object was taken off display in 1990, but visitors with long memories still ask about it.

The S.S. Pussiewillow II, a Personal Air and Space Vehicle of unique Stern-wheel configuration, with Flying Carpet attributes, by Rowland Emett, O.B.E. An adapted Kashmir carpet is enmeshed within a light Jupiter-ring, which undulates and spins to provide False Gravity. Twelve variable-speed Zodiacs spin up to ensure activation of suitable Sign, to nullify adverse contingencies. In combined Control Module and Hospitality Room, the Pilot, accompanied by his Astrocat, pedals lightly (aided by helium-filled knee-caps) to energize Stern Paddle-wheel. There is an elevated Power-boost G.E.O.R.G.E. (Geometric Environmental OARiented Row-Gently Energizer), and a Solar Transfuser for trapping random sun-rays. Module is shown in open attitude, revealing possible Extraneous Being being won-over by Afternoon Tea, and toasted tea-cakes.

“A memory I wasn’t entirely sure was real, of finding something that seemed completely but wonderfully out of place in the National Air and Space Museum,” says the person who took the video below, and I completely agree. Like them, I too, remember wandering around the Air and Space Museum and finding myself in this magical room with its dancing machine and fantastical music. I’ve kept the postcard (above) tucked away ever since — what fun to revisit the memory all these years later!

Postcard and text from the National Air and Space Museum, Smithsonian Institution, 1981

If you like this magical creation, you’ll LOVE the It’s About Time issue of MANIFEST (zine). On sale now! 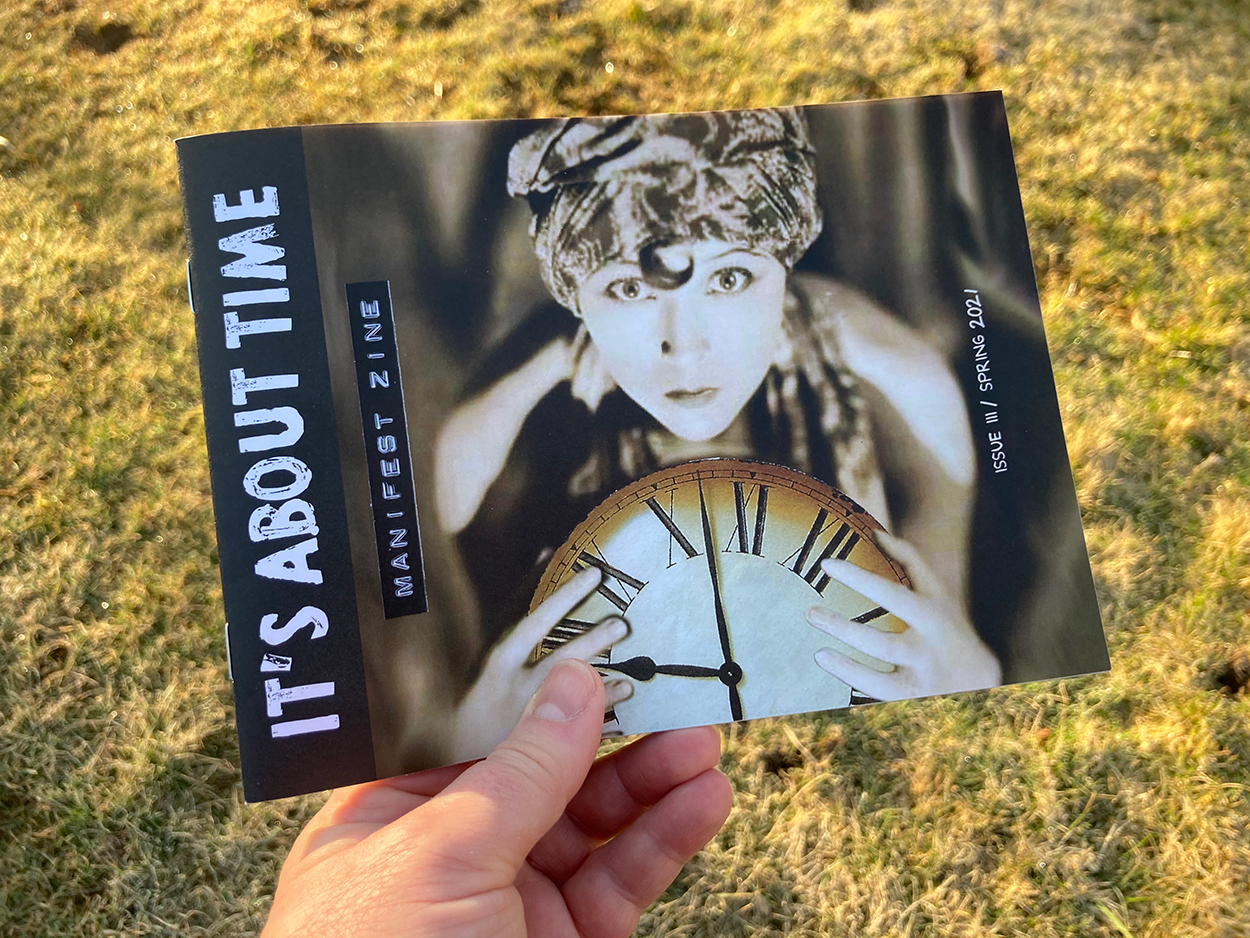 SUBSCRIBE below and get notification of new posts via email.