“Let’s see what it means,” my friend Martha would have said before promptly pulling out her copy of Ted Andrews’ Animal-Speak. But she wasn’t with me, and…

“Oh my!” was about all I could muster when I spotted this gorgeous three-foot black snake on the trail in front of me.

If my amateur snake identification is correct, this would be an Eastern Ratsnake, Elaphe alleghaniensis. Or, it may be an Eastern Racer, Coluber c. constrictor, but quite frankly I didn’t think to look too closely at its scales or underbelly.

That is not to say I was afraid. Surprisingly, I was amused, and immediately offered up a thank-you to the Universe. I’d been wanting to see a snake.

Scott, a kindred spirit over at Some Little Crum Creek, had earlier in the day spotted a Northern Water Snake, and I was envious. I’ve seen many a creature on my walks, but never a snake and never so close!

And then there one was — right in front of me! I quietly took a step (or two) backwards and said “hello.” It seemed unfazed, even as I continued to chat with it amicably and snap a few photos.

I tossed a pine cone gently but enough to land within striking distance — should it be the striking kind of snake — and was convinced it would be safe to pass by.

“Thank you,” I said to it quietly — for sitting still long enough for a photo, and for not devouring me in the middle of my walk.

Snakes, according to Ted Andrews, represent a great variety of things, including rebirth, resurrection, and wisdom. For the Native Americans, the snake is a symbol of transformation and healing. In Greece, it is a sign for alchemy and healing. For many cultures, the snake carries more mystical connotations — clairvoyance, inner sight, wisdom and understanding.

In Eastern traditions, the snake has long been a symbol of the kundalini — or creative life force — which activates energy centers in the body and mind, opening new dimensions of awareness, health, and creativity.

Like the butterfly, there is also an element of rebirth in the symbol of the snake, as it sheds its skin in a death and rebirth cycle. For that reason, there is an association with transmutation and shifting perspectives.

“Anytime a snake shows up as a totem…look for a change in conditions and a movement to new life,” writes Andrews. “Examine what is going on around you. Are you needing to make changes but aren’t for some reason?…What is needing to be healed? What new opportunities are surfacing that you need to strike out for and take advantage of?”

“It can also reflect that your own creative forces are awakening. The stimulation of the kundalini usually has physiological as well as spiritual consequences.…Spiritually it can stimulate greater perception of how to apply your insight and intuition….”

“Snakes are symbols of change and healing,” Andrews concludes. “When snake comes into your life you can look for a rebirth into new powers of creativity and wisdom.”

What would he and Martha have said, then, when I stumbled on this Common Gartersnake, Thamnophis s. sirtalis, just a few feet up the trail and mere moments later?

Perhaps the Universe is making sure I get the message?

Click here to purchase a copy of Ted Andrews’ Animal-Speak. 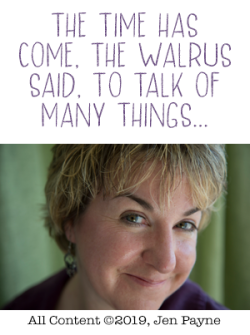